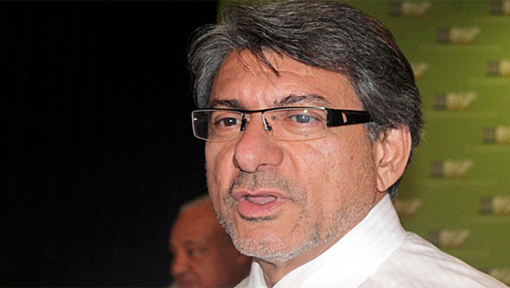 The recent investiture at Government House on 21st October 2021 of the awardees in the Queen's Birthday 2020 Imperial Honours included many deserving individuals who have made significant contributions to Papua New Guinea, its people, community, and the nation. This List was put together and approved by the previous Honours and Awards Council.
A week later, on the 28th October 2021, Government House hosted another investiture this time for awardees in PNG's own honours system, called the Orders of Papua New Guinea, for a very late Independence Day Anniversary Honours List which was announced in the newspapers on 27th October, just one day before the investiture was to take place. Only a handful of awardees attended the 'last-minute' program which was organized in a hurry for the sake of a couple of recipients of the highest class. Embarrassingly the Grand Companion of the Order of Logohu (GCL) was awarded to a deceased person, Sir Theophilus Constantinou, and MP Robert Agarobe who was earlier in 2020 "unlawfully" awarded the Companion of the Star of Melanesia.
Sir Theophilus was recognized posthumously but what about all the other great leaders of Papua New Guinea now deceased? Furthermore, would this businessman of Greek heritage be considered in the same class as other GCL recipients such as our beloved "father of the nation", the late Grand Chief, Rt Hon. Sir Michael Somare? Late Chief Sir Pita Lus? Rt Hon Chief Sir Julius Chan or Rt Hon. Chief Sir Rabbie Namaliu? Most certainly not! The mere thought is outrageous.
If this GCL honour can be awarded posthumously to a deceased person, why not give it to more worthy individuals? Real heroes such as our former Governors General and great national leaders who have already passed. This would include the likes of Sir John Guise, Sir Maori Kiki, Sir Kingsford Dibela, Sir Tore Lokoloko, Sir Tei Abal, Hon. Mathias Toliman, Sir Ignatius Kilage, Sir Sailas Atopare, Sir Ebia Olewale, Hon. John Nilkare, Sir Alkan Tololo, Sir Iambakey Okuk, Hon. Sinake Giregire, Sir Thomas Kavali, Hon. Nahau Rooney, Sir Brown Bai, Sir Barry Holloway, Sir Buri Kidu, Sir Mari Kapi, Rev. Sir Donald Hand, and so on and so forth. And those who are still living, among them Rt Hon Paias Wingti, Hon. Peter O'Neill, Hon. Belden Namah, Hon. Keregua Kua, Hon. Job Pomat, Hon. Garry Juffa and at least half of the National and Supreme Court Judges, and all the leaders of our Christian churches, etc.
So, upon reflecting on Sir Theo's award, I don't believe the deceased would have wanted the award, rather it would be his brother, Sir Kostas, the manipulating grabber, who wanted the award to advance his business empire that he had inherited from his deceased father, Sir George, and his deceased brother, Sir Theophilus. This shows how manipulative he is and how influential he is with politicians and senior bureaucrats...!
But what about the GCL for Hon. Robert Agarobe? His case is very confusing. He received the second highest honour, the Companion of the Star of Melanesia, at a Government House investiture last year. His award was null-and-void as his name was never considered by the National Honours and Awards Council - rather it was simply included in the investiture list at the direction of the Secretary to the Governor General, who has no authority whatsoever to approve awards. So this award should have been revoked and the medal returned to Government House, but it seems this was not done. To add more complication, Governor Agarobe was in less than two years awarded the highest honour, the Grand Companion of the Order of Logohu with the title of "Chief". This second award broke another rule, which is the requirement of a 5-year interval between awards in the same Order or between two different Orders.
In Agarobe's case, he received the Order of the Star of Melanesia and the Order of Logohu within the prohibited 5-year time frame. So one wonders whether the Awards Council is aware of this requirement or not? Or maybe they just don't care.
The validity of both awards is without a doubt questionable. Please Government of Papua New Guinea, award our genuine heroes, not grandstanding politicians or rich businessmen who have already received their reward in the form of numerous lucrative government contracts.