STEPPING UP FOR 2022, NA SETS UP SINGAPORE CASH LINK

NA's intention to win the election will come at any cost, even when it involves public funds and the Treasurer and Forest Ministers are involved.

Logohu Capital is owned by James Gore a very close business associate of Treasurer Ian Stuckey and Forest Minister. They are using a front company in Singapore (husband and wife owned) as a service management company to redirect all monies from Forest Levies to PNG. The Directors you see here are only used as covers. If its true that they've used Cayman Island Offshore account, then Walter Schnaubelt and ILS must have used an account offshore to setup the accounts for them and listed here are the accountants.(attached) below.

Ling-Stuckey and Schnaubelt had managed to do one thing that others in the past have failed to do for National Alliance. They have managed to bring their stolen Public Funds into Papua New Guinea. This was done when Ling-Stuckey had taken control of the Bank of PNG and Schnaubelt as Forestry Minister.

These stolen funds have been entered as an investment into a local finance company called, Logohu Capital which in 2020 was registered under James Gore and Daniel Koiam. Logohu Capital is where the stolen funds from Asia Future PTE LTD will be parked locally in Papua New Guinea.

Logohu Capital office is located at Monian Tower. A building owned by Monica and Ian-Lingstuckey. The guest speaker of this office Opening is non-other than Walter Schnaubelt who is the N.A Party President and also involved in moving the funds to PNG.

James Gore was appointed to BPNG Board by Ian Ling-Stuckey despite him already being a service provider to Bank of PNG. A case of conflict of interest but who cares right? His role amongst other things is to ensure Logohu Capital gets its Financial License from BPNG. Ensure that funds from Asia Future PTE LTD get into PNG without any issues and also to ensure Logohu Capital takes favorable returns in their quest to invest in the money market with Bank of PNG.

Mind you, we just connecting the dots on all the connections right now and the picture is becoming very clear as more dots are added. This is something that the public would be interested to know.

The NEXT Government must set up an Inquiry into Asia Futures PTE LTD and the missing Forestry Levies. 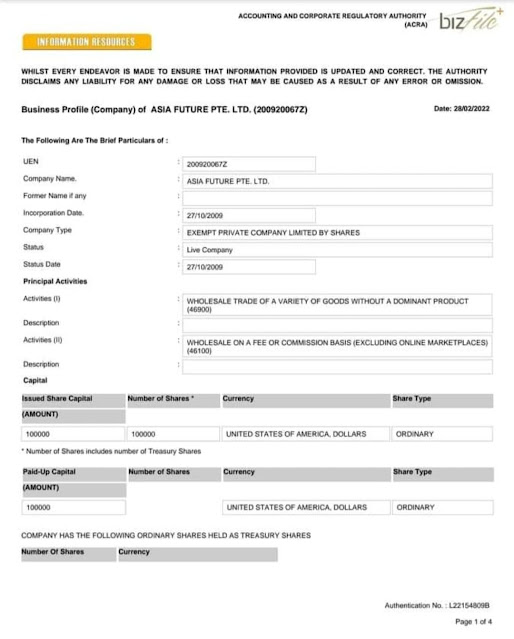 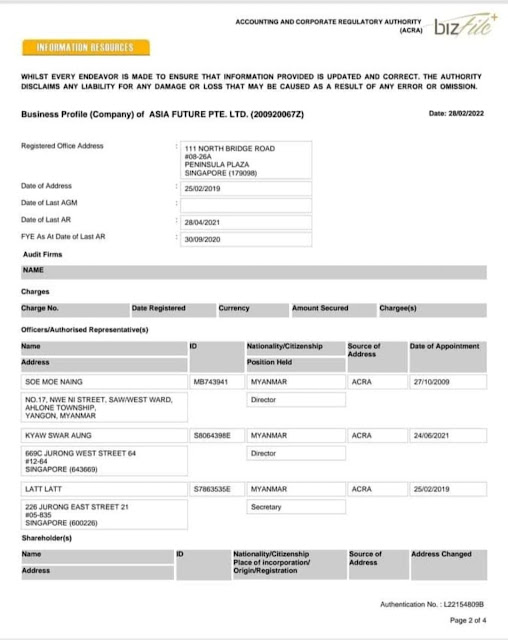