Justice is our last bastion of hope 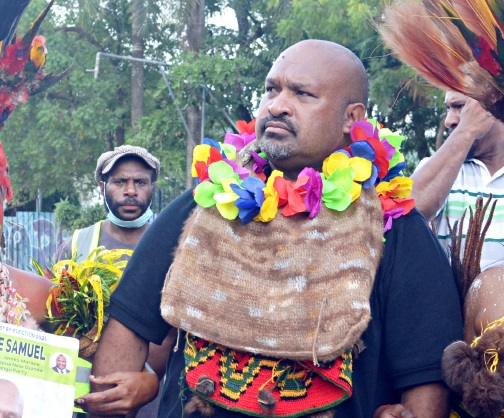 Civil order, piety and decency is crumbling whilst impromptu is making us look like some ungrateful beggar blackmailing his affluent neighbor. From the dreams of being a Rich Black Cristian nation we are sliding off from the pages of history because the country's leadership is banking good old governance on mediocrity.

Sadly, the government is busy fashioning towards ruling – not governing - therefore our final bastion of hope in salvaging freedom and upholding the rule of lies in justice secured by the courts.

However, justice itself is now shaken by the latest turn of events.

The twist of fate in the murder case involving politician Lohia Boe Samuel sparked a public outcry, raising questions about how the investigations was conducted, if there were issues with the evidence-gathering and whether there was subconscious bias given the vast difference in what was earlier reported and now the co-accused Fabian Hera admit shooting the deceased.

Will we now believe that money can buy freedom?

If that is true then the rich and powerful will always get away whilst Bomana is for those who cannot appease the system.

They say,  “justice is blind” meaning that in a court of law, a person is tried on facts and evidence. As in the lexicon it’s not what you know. It’s what you can prove in court that matters. On this basis Port Moresby North West MP Samuel and Hera remain innocent until proven guilty.

Perhaps it might be subjudice to preempt what might likely happen as the case is now before the courts but it is for the sake of all fairness and natural justice that the criminal justice track is free of apprehension bias starting with investigation, evidence collection and integrity, prosecution and committal.

We might not want to have Mr. Hera filing for another change of circumstances from Bomana prison upon learning that LBS lost his seat in the coming election and PANGU Pati falling from grace do we?