Showing posts with the label Bougainville Minister
Show all 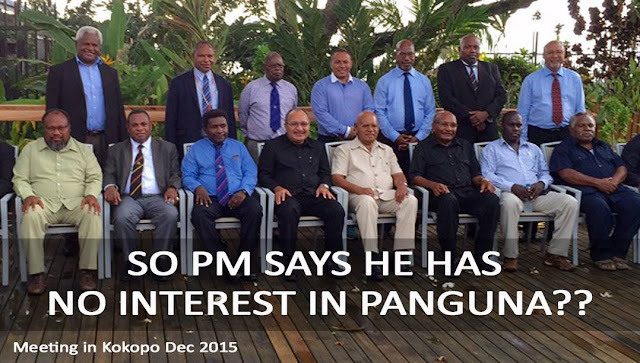 by BRYAN KRAMER Yesterday (11/01/16) Post Courier published an article by Gorethy Kenneth headlined "O'Neill: Govt has no interest in Panguna" The report stated "Prime Minister Peter O’Neill has reiterated that the Government has no interest to own the Panguna Copper Mine on Bougainville." It went on to quote O'Neill stating; "There have been suggestions that the Government is keen to buy 53.38 per cent Rio Tinto’s shares in the Australia firm Bougainville Copper Limited. "The National Government is committed to improving the delivery of basic services to the people of Bougainville as a top most priority of our Government, the report said. "Recent decisions, including rebuilding the main roads including Kokopau to Arawa, and to Buin and the awarding of contracts, are clear examples of this commitment. "As I stated in Arawa and in Panguna, the National Government is not interested in talking about anything e
Read more
More posts