Showing posts with the label CLOUDY BAY
Show all

FEEDING THE HUNGRY CORRUPT OCTOPUS - CLOUDY BAY THE NEXT TARGET 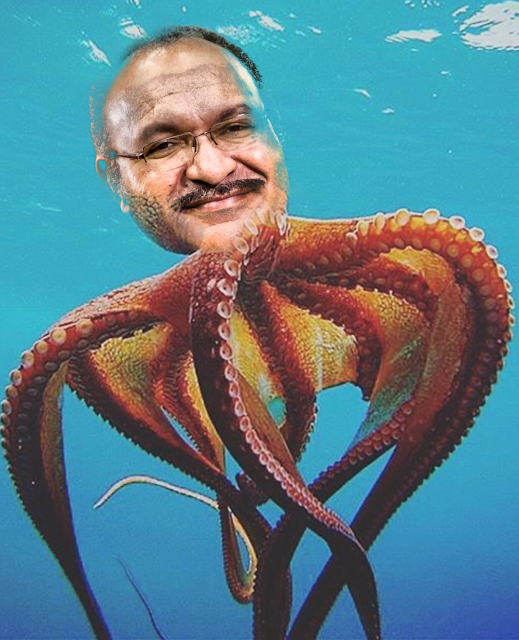 by JAMES PERIAP It is very interesting that Prime Minister Peter O’Neill has announced an “inquiry” into the sale of PNG Sustainable Development Program’s 100-percent-owned Cloudy Bay company, and other SDP transactions and investments. Why now? He has known about the sale for fours years and has investigated it once already, resulting in it being cleared. The reason is that he is trying once again to get his “sticky fingers” on the PNGSDP assets - $US1.3 billion in the Long-Term Fund, plus hundreds of millions of kina in cash and other investments. Cloudy Bay is one of PNGSDP’s richest assets, owning land on the outskirts of Port Moresby worth approximately K100 million. Mr O’Neill, who is known as the Octopus, desperately wants the land, and has delegated one of his criminal cronies, Chief Secretary Isaac Lupari, to look for any remotely plausible way in which it can be expropriated without payment. Illegal expropriation was the tactic used by Mr O’Neill to steal PNGSDP’s 63.4 shar
Read more
More posts