Showing posts with the label DEBT-TRAP
Show all

DANGEROUS SECRECY BEHIND THE CLOSE DOOR BETWEEN CHINA AND PNG DEBT-TRAP NATION. 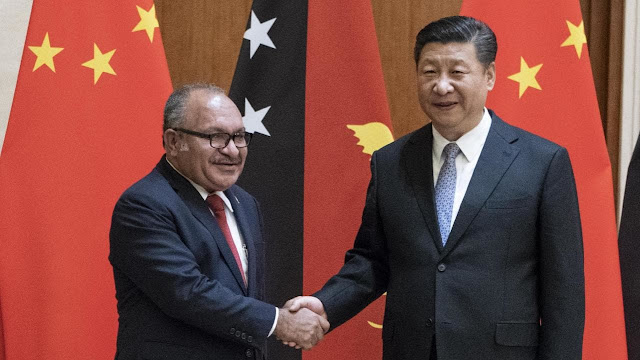 by JAYLON JACOB Everyone knows the history and international politics, I will just give a brief ... Power in international relations is defined in several different ways.. Those states that have significant amounts of power within the international system are referred to as Superpowers, big powers, middle powers, and small powers respectively. The power is measured by military and economic power. Countries like the US, Russia, China are a superpower...Example of Big power countries are Great Britain, France and for middle power in Australia and few others...So PNG fits into small power group...That means PNG can be easily influenced by Super Power countries in terms of money via aid and military by conducting an exchange training programme or other means. Going back to political history..The Cuban Missile Crisis, in 1962 confrontation between the United States and the Soviet Union concerning American ballistic missile deployment in Italy and Turkey with consequent Soviet ballist
Post a Comment
Read more
More posts