Showing posts with the label ELECION
Show all 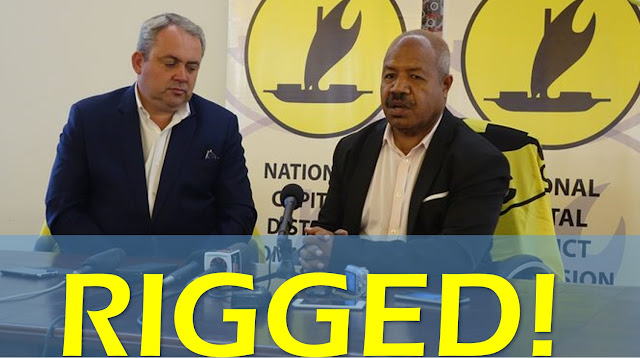 PNGBLOGS EVERYONE WHO HAS VOTED FOR A CANDIDATE IN THE NCD REGIONAL SEAT MUST SEE THIS - PLEASE SHARE On Monday 17/July, in the Rita Flynn Court Counting Room, sometime between 6pm to 7pm, a box from Laloki (by Team 150) was opened and its content poured at one of the station for counting under the watchful eyes of all Scrutineers and international observers from the Commonwealth. The attached photos are proof that Powes Pakop has a criminal network of loyal supporters (some of whom are NCDC staff, PNGEC employees, polling officials and public servants) who will do whatever it takes to send Pakop back into our country's National Parliament at whatever cost. ALL PRE-MARKED UNFOLDED 500 x BALLOT PAPERS SEEN ON THE TABLE WRAPPED AROUND IN RUBBER BANS WERE MARKED FOR POWES PAKOP WITH THE SAME HAND WRITING. 5 Ballot Books were also found in the box. It appears someone was in a hurry and left behind vital evidence in this one particular box from Laloki. By the grace of God, the tr
Post a Comment
Read more
More posts