Showing posts with the label ELECTION2017
Show all 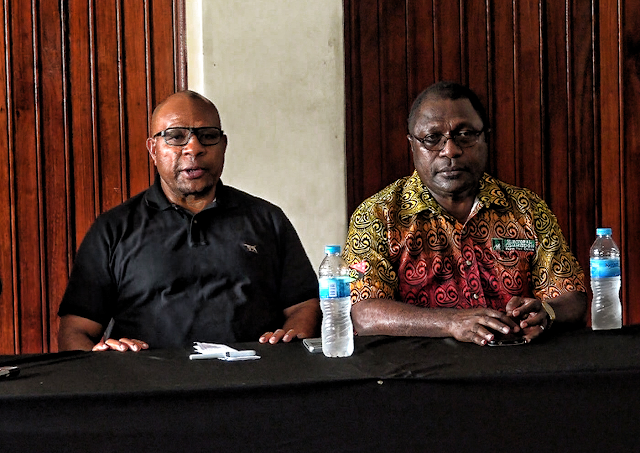 Electoral Commissioner Patilias Gamato’s responses and comments at his media conference yesterday raise serious questions and concerns about the election and the mismanagement and irregularities that have been revealed, and confirm he is not in control of the operations. Papua New Guinea deserves more than the unsatisfactory and contradictory answers from Mr Gamato and the suspicious silence from Isaac Lupari. “Mr Gamato spent yesterday afternoon smiling away and treating legitimate questions as something to laugh about,” former Prime Minister Sir Mekere said today. “Very important questions were brushed aside as if they didn’t matter.” For example where is the electoral roll? It is extraordinary that it is still not publicly available so voters and candidates can check its accuracy. “What are Mr Gamato and Mr Lupari hiding,” Sir Mekere asked. Mr Gamato’s statement that voting would not be extended in areas where one-day polling was reduced to a handful of hours is totally
Post a Comment
Read more
More posts