Showing posts with the label Finance Secretary
Show all 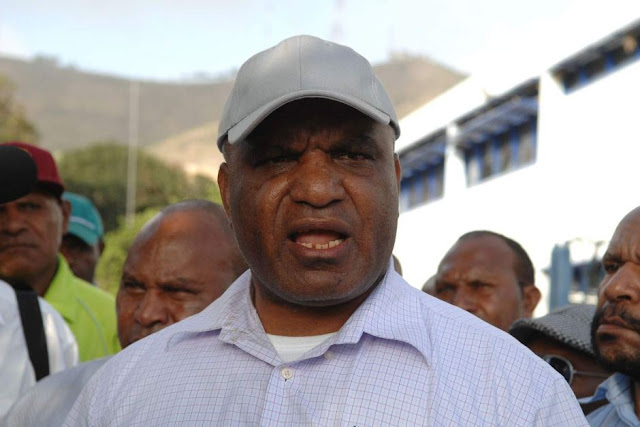 by STEVEN ANDRE The law firm at the centre of fraud allegations involving the Prime Minister and many other high-ranking people in PNG is ‘striking again’. In a letter dated 26 th  January 2016, Paul Paraka writes to Secretary for Finance, Dr Ken Ngangen, for some outstanding payments of K24.1 million. The bills comprised of a K12.940 million principal amount as purportedly confirmed by two National Court Orders in 2007 and interest component of K11.170 million. Mr Paraka claims that the bills were cleared by the Solicitor General in 2005 and two National Court orders subsequently confirmed it. He claims that the bills were not paid in the past because there were some Supreme Court cases pending and now that the cases had been concluded in July 2014, the Department of Finance is legally obliged to make these payments, failure to which would result in contempt of court proceedings. Mr Paraka refers to a letter by the Attorney General Ano Pala dated 6 th  July 2014 to then Co
Read more 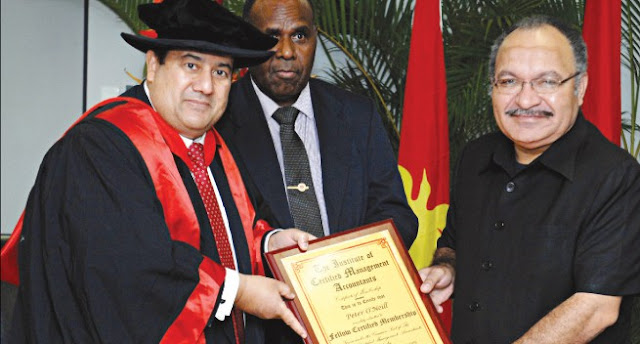 by BRYAN KRAMER Both the Post Courier and National newspapers published prominent articles last week (22/1/16) that the Prime Minister, Peter O'Neill, had been bestowed with the "prestigious" fellow membership award of the Institute of Certified Management Accountants (ICMA) of Australia. The Post Courier ran the headline "O’Neill bestowed with prestigious award" while the National published "O'Neill awarded for economic input". The story originated from a press statement released by the Prime Minister's office announcing ICMA to be a well-recognised institute which is associated with the Jubilee University of Papua New Guinea. O'Neill was presented the award after being nominated by former Finance Secretary Thaddeus Kambanei the now head of Jubilee University. Mr Kambanei nominated Mr. O'Neill in recognition of "…the valuable work he has done furthering the economy of PNG and for his support to the accounting profession through
Read more
More posts