Showing posts with the label JOHN DEGE
Show all 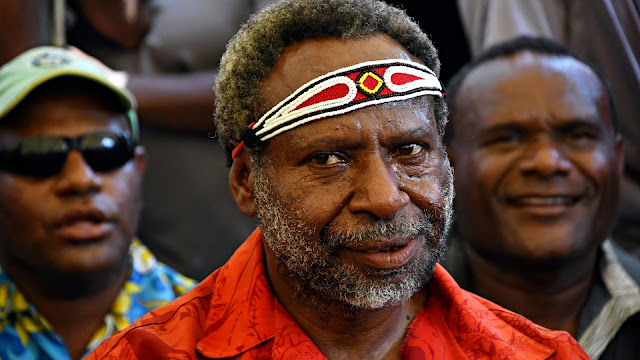 A Personal Opinion Addressed to the Minister for Housing and Urbanisation by BEN NEGINTS I commend the Minister for Housing and Urbanisation Hon. John Kaupa for coming out in the Media and frankly stating his desire to fix the problems at NHC. In this post I would like to express my opinion to the Minister in both my capacity as a Citizen and a dissatisfied service provider owed several hundreds of thousands of Kinas for services rendered to NHC since 2015. Majority of the last four years (2012 to 2016) I have witnessed NHC as a ship sailing without the guidance of a capable Captain at the helm. Being handpicked by the former Minister for Housing and Urbanisation, the previous Managing Director Mr. John Dege was an absolute disaster for NHC and its Stakeholders. Not only did he NOT possess the qualifications and experiences necessary to run a Corporate Organisation but importantly he lacked the moral and ethical decency to make him accountable and trustworthy to hold a Public Office
Post a Comment
Read more

PNC Party has been rocked again this week after a video has surfaced online which involves the wife of the former National Housing Corporation CEO and now PNC candidate for Sinasina Yongomugl, JOHN DEGE , who is having sex on camera in the office of the National Housing Corporation CEO's with another man being filmed by the former NHC CEO himself. The sex scene took place inside the Office of the Managing Director and furnitures that are in the office are correctly identified. The voice of the man behind the camera is John Dege himself directing his wife MARIAH SUCKLING DEGE how to go about with the man who has been identified as her cousin. The PNC Party list of sexual infidelities and perverted mentality includes the Deputy Prime Minister and East New Britain Regional Member, Leo Dion , who  has a formal police complaint laid against him on allegations of incest, abuse of trust and persistent sex. The complaint was formally laid against him with the Sexual Offence Squa
Post a Comment
Read more
More posts