Showing posts with the label Kundiawa
Show all 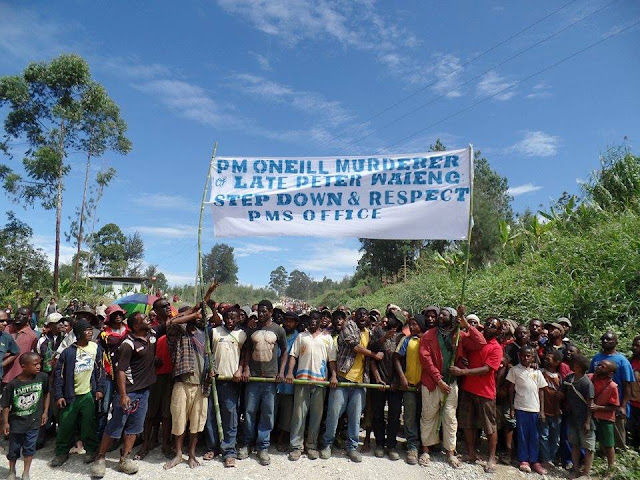 by NIUGINI OUTLOOK Last week's story didn't occur because someone dug up the old news and republished it to embarrass Peter O'Neill. No, this happened for other reasons. Peter Waieng's bodyguard, who was a suspect all along in the murder case, resurfaced and surrendered to Kundiawa police. Apparently he has confessed, as would be expected whenever a suspect would surrender, and it is no surprise if the rumours turn out to be true that Peter O'Neill had authorised and paid for the murder. Niugini Outlook and PNG Blogs decided last October to resurrect the Waieng story because it suspiciously looked like the police or people higher than the police were trying to cover up the investigation and let it die a natural death. We were determined to make sure this did not happen, hence the publication of the PNG Blogs article and Niugini Outlook Poster. As always, we got a lot of angry comments, mostly by people who seemed to have a vested interest i
Read more
More posts