Showing posts with the label PNG THINK TANK
Show all

by DAVID LEPI You know how the word 'Kon Man' or more proper 'con man' came into be? It's base word is confidence man. A confidence man is a man who persuades people to give him their money or property by lying to them. Some call them con artists because it is an art and is used by a person (s) with a certain skill set. Well Papua New Guinean is not new to 'konman' for we have been swindled a million times. And the reason why we fall prey so easily is because we are a gullible stock of people. Anything seemingly glittering somehow draws our attention. Just as many Papua New Guineans are starting to realize they have been tricked by professional con artists in some get rich quick scams such as pyramid schemes - U Vistract, Money Rain, Papalain etc -  a dubious project is now peddled through in what they call crowdfunding. Crowdfunding is a way to raise money from a large number of people. Large groups of people pool together small individual investments to pr
Post a Comment
Read more 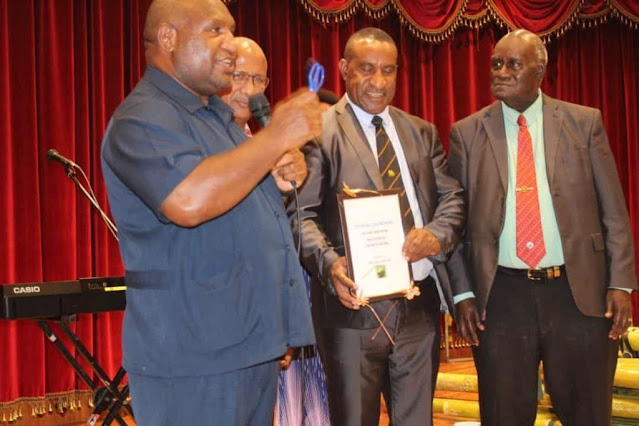 by  JACK KEGALP Samson seems to be playing both sides of politics to further his own personal and political ambitions.  On the one hand, he is pushing the Marape/Basil Government to support his "crowdfunding" movement where he has been literally "begging" and even to some extent "forcing" various individuals and businesses houses to make pledges and contribute money upwards of K10,000 each towards this cause. On the other hand, he has been seen dining and getting drunk with former Prime Minister Peter O'Neill at various locations in Port Moresby. The most recent one was over the weekend at O'Neill's Crowne Plaza Hotel in downtown Port Moresby. Samson himself has his own political ambitions for the Western Highlands Regional Seat which he contested and lost to Paias Wingti in the 2017 elections, and which he is no doubt contesting again in 2022. This then begs the question of whether he is genuinely trying to do something good for Papua New Guin
Post a Comment
Read more
More posts