Showing posts with the label SIGAPORE
Show all

WHO PAID LOSS OF K780 MILLION TO UBS? 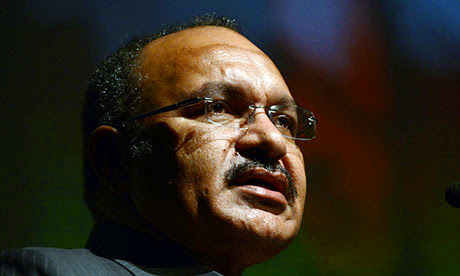 by HOPE PNG The sale of Oil Search shares by UBS resulted in it recovering part of its principal from the US$1.2 billion (K3 billion) loaned to PNG Government to purchase the shares initially. Of that K3 billion loaned to PNG Government, UBS only recovered K2.22 billion from that sale. Simple math dictates that UBS made a loss of K780 million on the principal amount loaned. • The first shipment of PNG LNG was made in the last week of March 2014 (source: PNG Business Advantage) • PNG LNG proceeds were held in a UBS bank account as collateral in Singapore. • The State offloaded (by directing UBS) the Oil Search shares and made a loss of US$250 million (or K780 as stated by Wapu Sonk). • The actual loss would be well over K1.8 billion when calculating collar costs, commissions to advisors and all other costs associated with the UBS loan. • O’Neill claimed Government made a net gain of K100 million from that sale. • The only logical conclusion one can draw is that UBS dippe
Post a Comment
Read more
More posts