Showing posts with the label Selfie
Show all 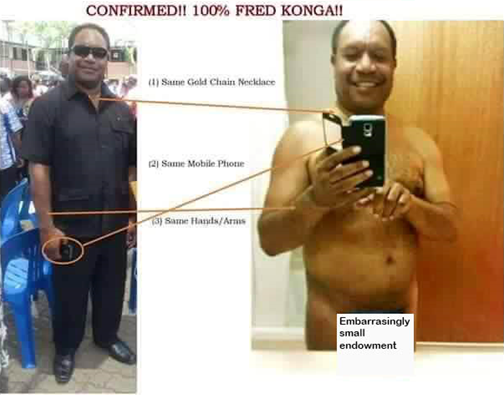 And Now Earns Himself Permanent Search Engine Indexing That Allows The Whole World To Learn About His Selfie!    We Are Anonymous are a loose knit global group of concerned citizens who fight for justice and fight against corruption.    We include computer hackers and others who use cyberspace to take power back from the corrupt and put it once again into the hands of law abiding citizens.     We Are Anonymous PNG came about as it has become more obvious over the past year that Prime Minister Peter O'Neill is intent on ending democracy in PNG and becoming its de facto dictator.    Those who love freedom will fight this, above ground or underground, whatever it takes to ensure that justice is delivered to the people of PNG against tyrants such as Peter O'Neill. However We Are Anonymous has declared a special war against Fred Konga.   This was done not because he stupidly photographed himself naked, e-mailed the photo, then had it published making him look
Read more

THE MIRROR DOES NOT LIE FRED 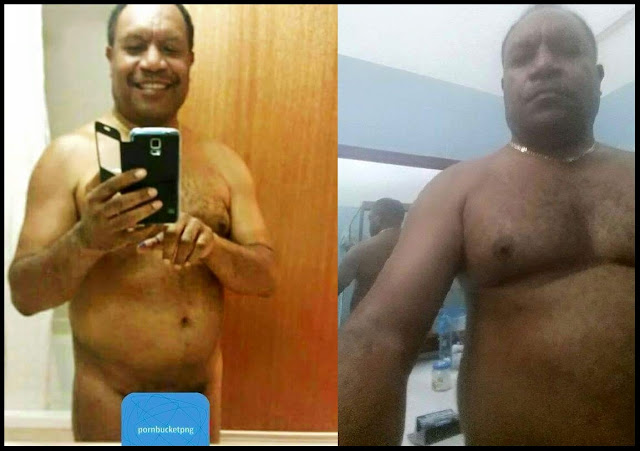 PNGNEWS It's not the first time, Fred Konga is in the spotlight on social media. Many serious allegations were made against Fred Konga in September last year here on PNG NEWS and a major investigation called for. Firstly it was alleged that the Border Development Authority (BDA) Executive Chairman Mr Fred Konga diverted a contract to a company that was not recommended by the Asian Development Bank (ADB) to provide brown and white goods to refurbish the newly built houses at Wutung station. Other allegations made at the time are as follows: "The 32 houses built at Wutung are funded under the K90 million loan obtained from the Asian Development Bank. These houses were allocated to all the Border Agencies. The BDA Tendering committee followed stringent procurement ADB guidelines to award the Contract to Suppliers who met ADB’s requirements." "Out of the evaluation process two prominent companies (Brian Bell, Courts and Theodist were shortlisted). These companies of
Read more
More posts