Showing posts with the label TOM OLGA
Show all 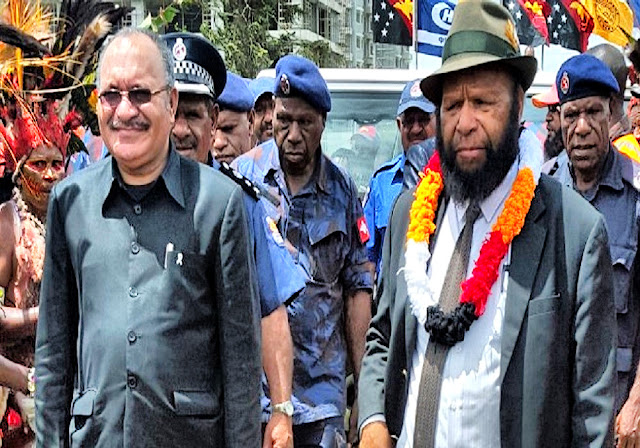 by CHARLES K MARKOP Politics is an art and if you master it well, you can maximise your gains. The front page coverage by Post Courier, released after 3 weeks of the actual event, tells many stories. Here, former Prime Minister and currently governor of Wester Highlands Province Hon Paias Wingti (PW) is openly commending that Prime Minister Peter O’Neill (PO) is doing well and he (PW) is optimistic about PNGs future under O’Neill’s leadership.  The unholy alliance between PW and PO has a rich history. PO, apart from being a Bill Skate and PNC man, was one of those persons including the Maladinas who lived off Wingti. In 2002, PW orchestrated PO’s first election victory when he (PW) mobilised his men to destroy Roy Yaki’s (MP for Ialibu Pangia at that time) ballot boxes in Nebilyer towards Southern Highlands border.  In the 2012 elections, it is open secret that Ben Micah, through his relative Ken Kaiya (Government Printer), organised extra ballot papers for PW, PO and Mic
Read more
More posts