Showing posts with the label government
Show all 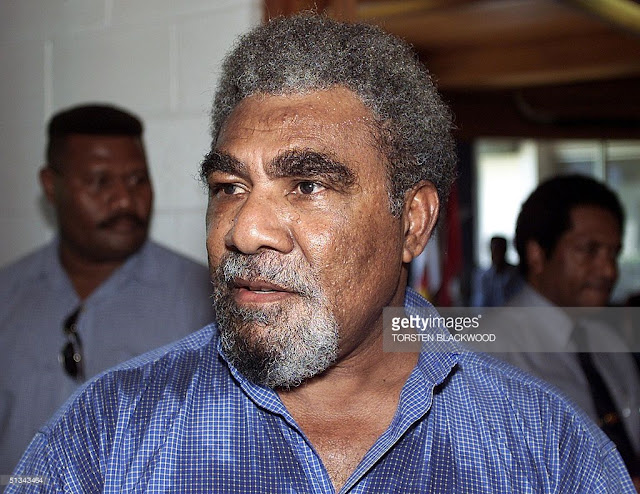 Former Prime Minister Sir Mekere Morauta said today the skeletons in the closet that the Prime Minister has been trying to hide have now been laid bare for all to see.

“Mr O’Neill can no longer pretend that everything is OK,” Sir Mekere said. “He must drop the spin and the deception and let the people of Papua New Guinea know the full scale of the economic and financial disaster that he has caused.”
Sir Mekere said Friday night’s speech by the Treasurer, Patrick Pruaitch, and the release at the same time of the 2016 Final Budget Outcome, demonstrate conclusively that the Prime Minister has been misleading the nation.
“Everything that I have been saying for the past five years, along with Opposition Leader Don Polye, his deputy Sam Basil, and respected economists and other commentators, cannot now be denied,” he said.

“The nation is in crisis, and the only solution is to get rid of the Prime Minister and his advisers who are responsible. The longer it takes for this to…
Post a Comment
Read more 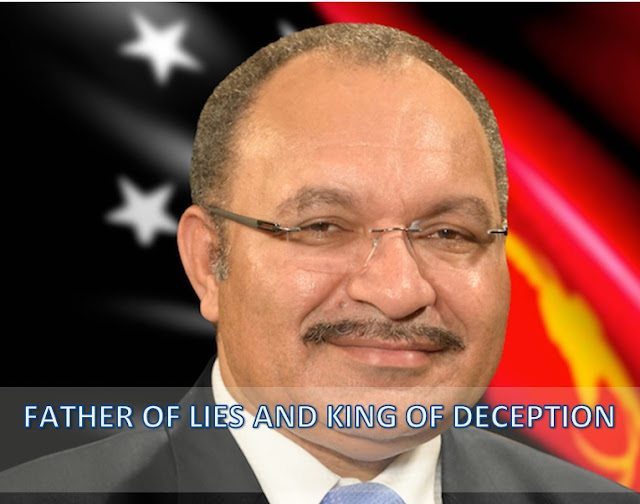 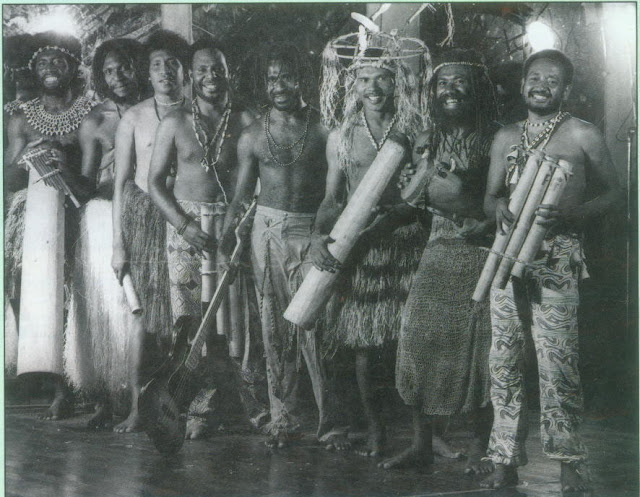 Music Industry, like the Sports Industry,should be given a thought from the Government to generate income and revenue from the raw and unique talent that it possess. Sports and Music are fairly identical talent oriented fields in which the govt has overlooked the potential in the Music Industry to fund it, nurture it, and expose it abroad combining it with our unique diverse culture and the admirable tradition that we have anywhere in the World.

Successive Govts have prioritised Billions of Kina in Sports in which I think its a complete desolate waste but should give a balanced nod on both fraternities alike. The heavily funded Sports like Rugby League, Union, Soccer, Basket Ball and others has never brought pride and jubilation to our country in the International arena.

The rewards and achievements of Gold, Silver and Bronze attained by Sporting elites has no economic value in revenue aspects for PNG but remain simple household decorations that only the family and i…
Read more 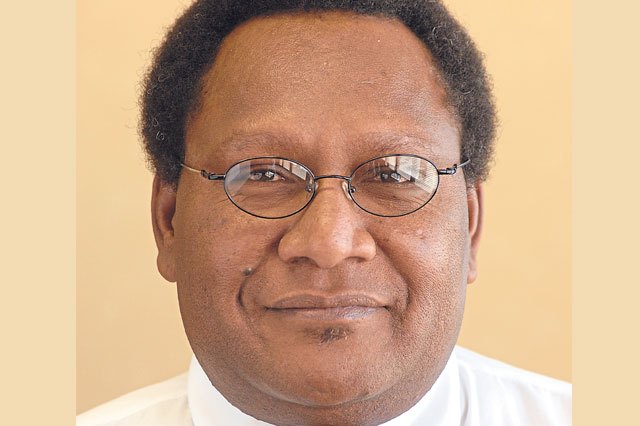 The Bank of PNG, the legislatively independent central bank for the country, lost significant credibility in its recent justification for why PNG has joined the bottom 2 per cent of countries in refusing to release the standard IMF Article IV report on countries (see here).  It remains the only country in the East Asia and Pacific not to release an IMF Article IV report undertaken in 2016.
BPNG provided six “critical issues” for refusing to release the report.  However, on closer examination, there was only one critical issue (fake GDP numbers used by the PNG Treasury).  And that should be the responsibility for the PNG Treasurer to release a statement on why the PNG was suppressing an independent assessment  by the IMF of the PNG economy.
What is the O’Neill government trying to hide on its management of the PNG economy?
International investors will easily through see this statement. PNG’s economic standing and credibility has received a severe down grade wi…
Read more 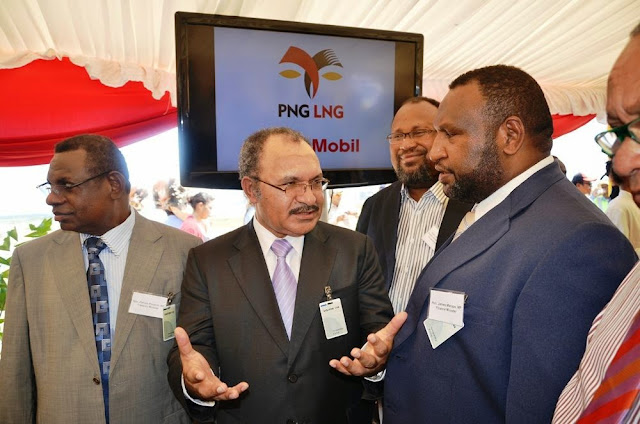 byWILSON TALAG Economist Paul Flanagan's recent remarks that appeared in PNG Blogs and elsewhere highlight 8 key areas of what looks to be looming financial disaster.  Mr Flanagan's enlightening report is the basis for this discussion and why the performance of each one of the key areas has started to  spook business and investors.  The seriousness of PNG’s current financial situation is becoming very clear.   A little over a week ago the government came very close to failing to come up with the year end public servant pay.  This near disaster occurred despite supplementary budgets designed to avoid such unexpected money shortages.   Another red flag flying high and warning that behind the scenes, PNG's finances are rapidly deteriorating under the O'Neill government.

The 8 key areas of concern are (1) Government lies over the actual size and growth of the PNG economy, (2) Discrepancies  over GDP economic gro…
Read more 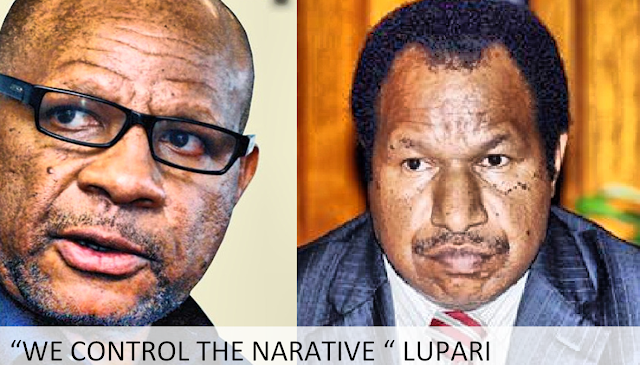 WHO IS RESPONSIBLE, LUPARI, THE CHINESE, OR WHO? IF PNGBLOGS GOES BLACK ON PNG COMPUTER SCREENS NEXT WEEK, WE WILL KNOW WHY - IT WILL BE THE RE-CREATION OF A PAUL PARAKA BANANA REPUBLIC STYLE THREAT THAT FINALLY WORKED:

In 2010, Paul Paraka, the number one corrupt lawyer in the country according to the Commission of Inquiry into Department of Finance fake payment scams, did something that even today goes down as one of the most banana republic kinds of reactions ever seen in PNG. Here's what happened. When the government Commission of Inquiry on massive theft totally hundreds of millions of kina submitted their report in Parliament, Paraka immediately obtained a court injunction to make it illegal for any Papua New Guinean to read or be in possession of the report and learn about the allegations against him and 18 other lawyers. Included amongst the accused is current Chief Minister Isaac Lupari, alleged to have stolen more than K2.7 million. Paraka's strategy to keep …
Read more 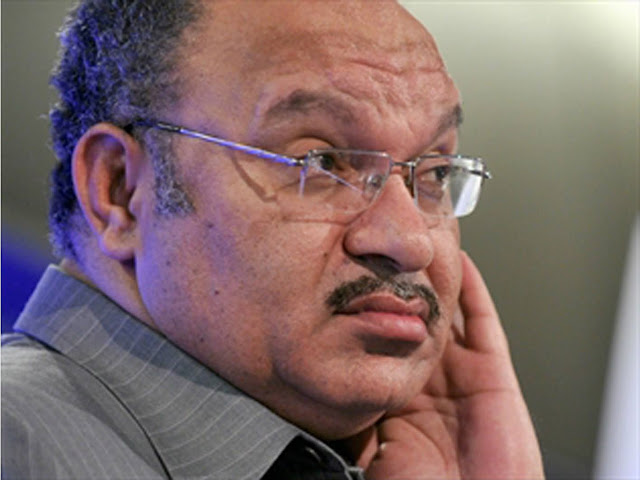 Treasurer Patrick Pruaitch is scheduled to hand down the 2017 Budget in Parliament this week. Given that 2017 is election year, the Budget is certain to be dominated by the usual O’Neill Regime spin and deceit, along with wasteful and irresponsible spending measures.
But the central feature will be drastic cuts to essential social services such as health and education, and further suffering for ordinary Papua New Guineans.
Every successive O’Neill Budget has been a failure, creating more problems than they solve, and driving the nation further towards total collapse.
This special PNG Blogs report reveals the ongoing damage Prime Minister Peter O’Neill’s corruption, greed and mismanagement is doing to Papua New Guinea.
POVERTY INCREASING UNDER O’NEILL REGIME The new announcement by the O’Neill Regime that it has obtained a K1 billion rescue package from the Asian Development Bank proves that Prime Minister Peter O’Neill’s economic and financial policies are continuing to …
Read more
More posts