Showing posts with the label lawyers
Show all

PETER O'NEILL'S QUEST FOR SELF PRESERVATION ADULTRATING THE JUDICIARY.

Peter O'Neill's long-running legal battles were merely to protect himself. He managed to corrupt the independent institutions like Police and Ombudsman Commisson to protect him. He is spending millions of kina in legal fees legitimised by his corrupt Attorney General Ano Pala.
He has cannibalised all the small parties including coalition members.

He has used the DSIP funds as a tool to force MPs to migrate to the Government, leaving the opposition weak numerically. Penetrating the Protected -Judiciary We have witnessed his unrestraint behaviour in exploiting and testing the limits of the Court process, ably assisted by legal predators. It is open secret that a few judges have been compromised in the process and stood up for him.

New Developments O'Neill has manipulated his corrupt government to introduce a bill without notice in Parliament today (23/3/16) to introduce a High Court. The Bill was never in the notice paper, nor was the idea of having it was c…
Read more 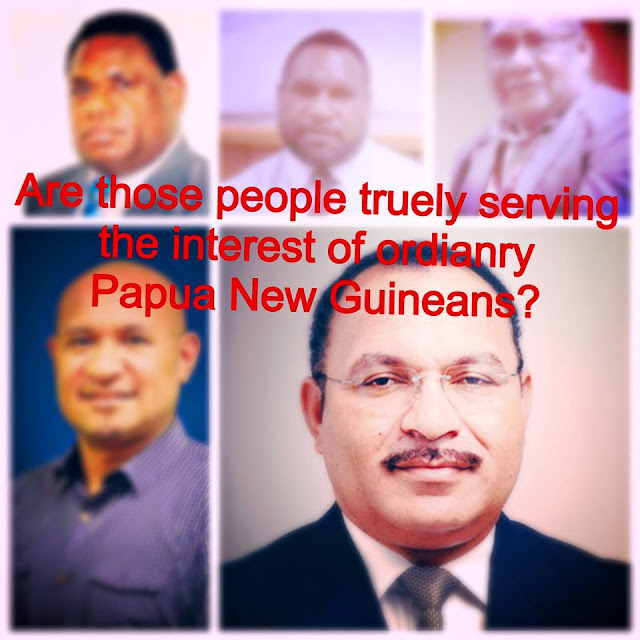 Low Oil Prices/Stockmarkets Share Prices Plummeting Further Exposing UBS Loan and impact on PNG’s economy
As Deputy Opposition Leader (DOL), I have issued several statements about the mismanagement of Papua New Guinea’s (PNG) economy since 2012 by the O’Neill-led government. I have revisited the reality of them in recent days following developments in Bulolo and the Morobe Province in delivery of services to the rural areas. As any elected member of Parliament regardless of party membership, it is our duty to make statements on our directions of PNG and what our future looks like under this PNC-led government. With Parliament member’s silence, they have deliberately exposed PNG to high debt spending with figures now stating that our economy is on the decline and rather than reduce DSIP’s/PSIP’s, they are now thinking of increasing GST, impacting heavily on our citizens; I will not be supporting the Bill, to increase GST/VAT!