Showing posts with the label michael malabag
Show all 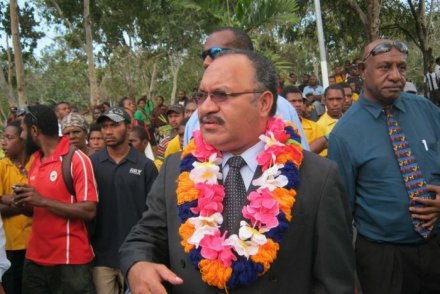 by PAUL REINBARA Prime Minister Peter O’Neill and Health Minister Michael Malabag are allowing Papua New Guineans to die because of their refusal to fund the national fight against tuberculosis. A secret letter from O’Neill to Malabag shows that the Prime Minister would rather spend money on wasteful showpieces and events than preventing TB and saving lives. Cabinet approved urgent tuberculosis spending of K20 million more than six months ago, but the Prime Minister is refusing to release the funds. Instead, he has directed Malabag to commit K8 million of existing funds. But this is only for Daru in Western Province – and TB experts say it is nowhere near enough to tackle the TB crisis there. Many more Western Province people will die because of  the refusal of O’Neill and Malabag to approve new funds for the nationwide TB campaign. There is also a TB crisis in NCD and Gulf and Central Provinces. But O’Neill and Malabag have decided that people there can die, too.
Read more
More posts