Showing posts with the label nATIONAL eLECTIONS
Show all 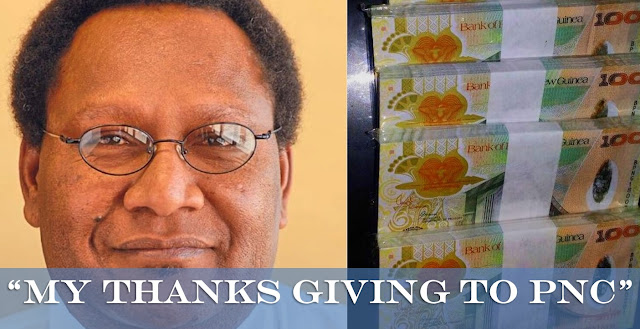 by MICHAEL PASSINGAN Its not Rocket Science, Papua New Guineans should know that the country is crumbling. Bank of PNG Governor Loi Bakani’s explanation of the theft of K124 million in demonetised banknotes, and their illegal distribution across the country and on EBay, is pathetic. The theft is clearly an inside job and Bakani’s statement is an attempt to cover that fact up. It could only have been carried out with detailed knowledge of the bank’s practices for the destruction of notes that have been taken out of circulation. Even more alarming is that the scandal – yes, another one in the O’Neill Regime, one of the most corrupt governments in the world – comes at election time. It won’t be long before the money starts appearing in the Highlands as election bribes by PNC candidates and coalition cronies Some stories circulating in Highlands centres indicate that that is already happening. It’s an easy thing to do, as PNC’s crooked strategists surely know. Villagers in remot
Read more
More posts