Showing posts with the label slowdown
Show all 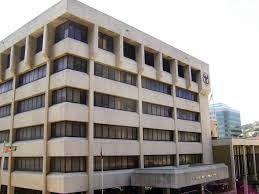 by SAM BASIL MP  Deputy Opposition Leader As Deputy Opposition Leader (DOL), I have continuously criticised the mismanagement of the economy by the O’Neill government and their continuous lies that the economy will recover back to pre-2012, when PNG was in a surplus budget. My predictions on the negative high spending and reliance on oil and gas prices, from as far back as 36 months ago when the 2013 Budget was handed down, is now very real; the citizens of Papua New Guinea (PNG) don’t have to look far on the basic figureswhen they’re experiencing: i) The high costs of goods and services acknowledging the high inflation rate that I predicted which current figures don’t acknowledge, and ii) The rapid devaluation of our exchange rate reflecting a slowdown in the economy because- a. The exporters aren’t getting the revenue they used to get, as well as b. The importers awaiting their products to reach our shores because there is a lack of foreign reserves available, to pay o
Read more
More posts