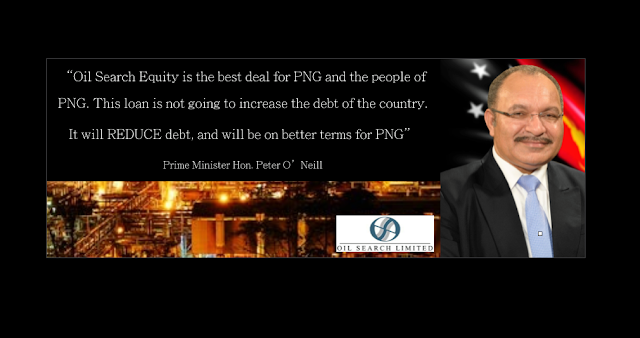 by MICHAEL JOSEPH PASSINGAN Prime Minister Peter O’Neill has just cost Papua New Guinea almost K1.5 billion because of his reckless, corrupt and unnecessary borrowings. The loss is on the refinancing of his illegal K3 billion UBS-Oil Search loan. The deal was done in secret in Sydney earlier this month to avoid having to reveal the massive loss that the Prime Minister, UBS and Oil Search have inflicted on the nation. Details of the deal were not revealed when Kumul Petroleum MD Wapu Sonk announced it over the weekend.  Mr O’Neill’s secret loss comes at a time when the Government is virtually bankrupt, unable to pay public servants and cutting spending on essential services such as health, education and power generation.  It will add to the record and illegal levels of debt already incurred by the Prime Minister. It will contribute to further worsening of the living standards of ordinary Papua New Guineans. The refinancing of the UBS-Oil Search loan is even worse tha
Read more
More posts