Showing posts with the label DANIEL TULAPI
Show all 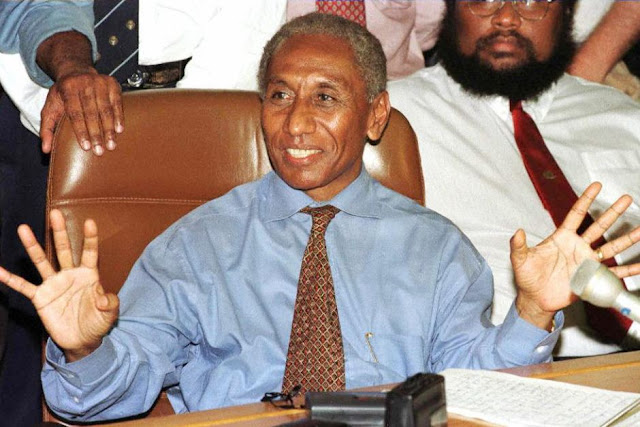 I was sacked by Prime Minister Chan as minister for standing up to him for "telling him what to do in NEC. "

I told PM Chan.. " I submitted a NEC policy to adopt the Saudi Arabia model of hard KINA policy and not to devalue the KINA at the world market currency trade market."

I told National Executive Council (NEC) cabinet not to listen to foreigners and foreign governments. " I said the Kutubu oil when exported will be paid for and purchased by USA our KINA not by USA Dollar.

Saudi Arabia was the largest oil exporter in the world at that time.…
Post a Comment
Read more
More posts