Showing posts with the label TSAK
Show all

PNG'S CHIEF JUSTICE COULD BE CORRUPT, HERE'S WHY 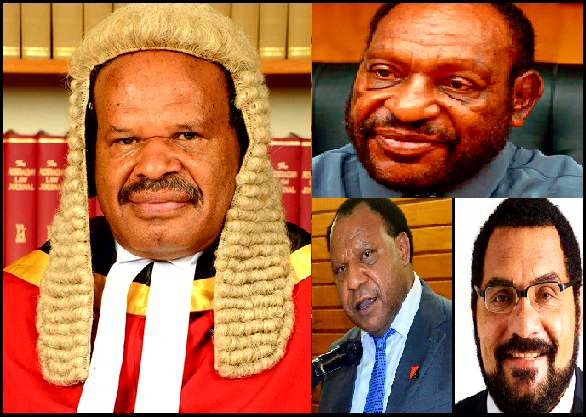 The Deputy Chief Justice his Honour Gibs Salika rightly said in the national paper dated 14th March 2016 titled “Graft a disease” and he referred to the level of corruption rampant in the country cutting across every sector of PNG society. In that he meant to say, corruption isn’t “growing but is overgrown”. The concern raised is alarming in nature but it doesn’t become a cause of concern or raises goose bumps. The corruption is entrenched and deeply embedded in every stratum of government bureaucracy and agencies.The practice is normalised and given the longevity in continued practice, it has become a norm or second nature if you like to people who practice. With the proliferation of corruption, people aren’t remorseful or let alone raise goose bumps.The Department of Justice and Attorney General Secretary Dr. Lawrence Kalinoe refused Damarua’s request to engage private law firm. Damarua and the entire Fraud Squad team aren’t fighting tooth and nail the monster (overgrow…
Post a Comment
Read more
More posts