AUSTRALIAN private investigators and an Aussie judge are playing key roles in a corruption scandal that threatens to topple Papua New Guinea Prime Minister Peter O’Neill, it has emerged. 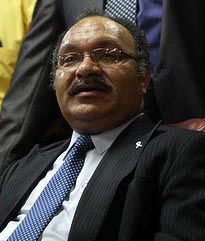 A warrant for Mr O’Neill’s arrest was obtained on Monday by fraud investigators who want to grill the prime minister over allegations he siphoned millions of dollars of public cash to a law firm.

Mr O’Neill strongly denies any wrongdoing and obtained a court order putting the warrant on ice.

The key evidence in the case — which has gripped PNG for months — is a letter that Mr O’Neill allegedly signed authorising $31 million be paid to prominent law firm, Paul Paraka lawyers. The prime minister has dismissed the note as a fake.

“We have now received the forensic examination report from the Sydney-based Forensic Document Services Pty Ltd confirming that the signature on the letter ... directing payments to Paraka Lawyers is PM O’Neill’s,” Mr Koim said.

Police Chief of Operations and Deputy Commissioner Simon Kauba said his officers would abide by Monday’s court ruling that stayed the warrant for Mr O’Neill’s arrest.

But he urged the prime minister to hand himself in.

“In the interest of national security I would like to invite the prime minister to, without any further delays, voluntarily make himself available to police for the interview to be conducted,” Mr Kauba said.

The case will be back in PNG’s National Court on Wednesday morning, with Mr O’Neill’s lawyers due to respond to an affidavit filed by Mr Koim on behalf of Task Force Sweep and the police.

Meanwhile, Mr O’Neill has announced a commission of inquiry into the allegations against him — led by Australian judge Warwick Andrew.

Mr O’Neill claims that police, courts and government departments have all been politically compromised.

“I think it’s needed to be cleaned and we need an independent process to clean it out,” he added.

The Paul Paraka affair — called Parakagate in Port Moresby — is one of PNG’s longest-running fraud investigations.

Mr Paraka, one of the most powerful lawyers in PNG, was arrested and charged in 2013 for allegedly receiving the state moneys.

Task Force Sweep alleges the payments were spread over a seven-year period and ran into the “hundreds of millions”. 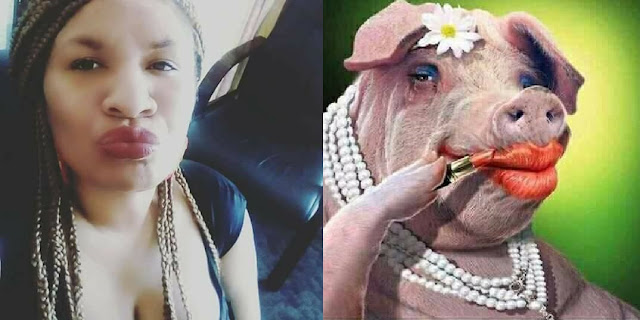 The internet is a small place in PNG, back in the late 90s and early in 2000 onwards, Philly Kelegai was a household name, she was the first PNG to register herself as Papua New Guinea on Facebook and was requested to remove herself after TPNGA sent her numerous request to do so, so why all the fuzz about this nobody, well earlier this week she went on to taunt the member of the PNG Opposition, she specifically targeted the new Governor for East Sepik, ALAN BIRD MP.

Part of what she posted was this:


Philly J Kelegai (mountain kaukau) on Gov. Allan Birds postWhen I see people giving accolades to some of these members who say they sleeping on a floor somewhere, "doin it tough" for the people.........mate, do that for all 365 days and then some and ill believe you....... lol.One hit wonders.....lol"
She can be forgiven if she was someone else but she is a "fake" media personality on EMTV and has a program running weekly that deal with issues of importa…
Read more 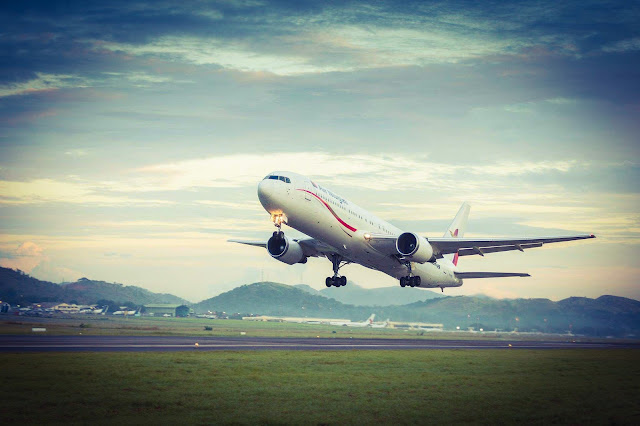 FED UP
AIR Niugini is bankrupt and the State Enterprises Minister knows it. He has been calling on  management reform for years and despite the revolving door at the top, they continue to fail. Worldwide the airline industry is destroyed. Highly profitable airlines around the world continue to file for bankruptcy protection and contract their operations out with thousands being terminated daily. These are the realities of all airlines worldwide yet the national airline of Papua New Guinea – owned by the government cannot understand this. Air Niugini is struggling to live as a dinosaur. Its business model has turned its back on the people of PNG to ensure the flag is flown overseas. Now that the international market has been taken away from them, they are seeking to get back to their forgotten customers. Air Niugini may have been successful in the economy of the 1980s.Look for countries who have 100 per cent ownership in their airlines. Have a look at some of the bailout packages required to ke…
Read more