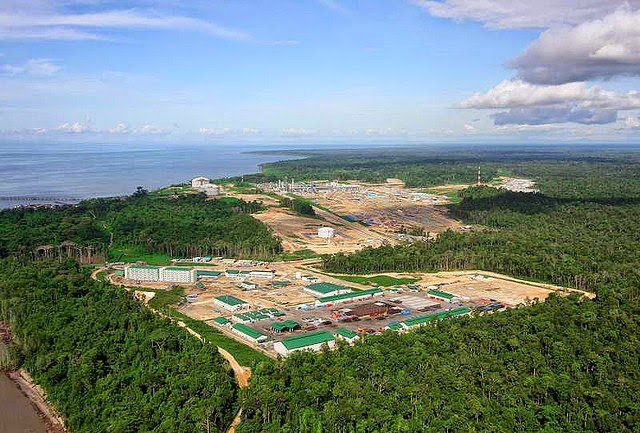 Maximising the full potential of the Extractive Industries Transparency initiative

Papua New Guinea is endowed with huge reserves of oil, gas, gold, copper and other solid minerals. Over 78% of its exports derive from these natural resources. In an effort to improve transparency and governance of the country’s mining, oil and gas sectors, in 2013 the government of Papua New Guinea applied to join the Extractive Industries Transparency Initiative (EITI), a global coalition of governments, companies and civil society working together to improve openness and accountable management of revenues from natural resources.

Signing up to EITI was a condition of the Australian government’s support for the PNG Liquefied Natural Gas (LNG) Project worth AUD$30-50m in aid plus a AUD$500M loan through the Export Finance and Insurance Corporation. On the 19 March 2014 the board of the EITI approved Papua New Guinea’s application for EITI candidate status.

The experience of other EITI implementing countries suggests that those that do not wholeheartedly embrace reforms either suffer an embarrassing suspension or even a de-listing, or later make a 180 degree turn to full compliance having wasted several years in the process.

Sierra Leone, for example, remarkably went from suspension to compliant in just one year. A country’s decision to pursue EITI raises expectations of increased transparency and accountability in the management of extractive sector revenues; doing the bare minimum will therefore lead to disappointment, both in civil society and more generally. The best option for Papua New Guinea, therefore, is to commit fully to EITI from the outset and to work hard to realise the inherent potential in doing so. EITI’s potential in Papua New Guinea can be maximised by undertaking the following actions.

EITIPNG is a multi-stakeholder initiative in which government organisations, companies, civil society groups and development agencies will all have a role to play.

It is therefore important that the government organisations and public servants that will play a key role are identified and empowered to make the necessary decisions. The Papua New Guinea government should therefore include EITI duties as part of a revised schedule of duties for specific public servants. Equally important is ensuring that those officials tasked with EITI duties have the capacity to carry them out. Allocating responsibilities to public servants which are beyond their ability or their level of authority can lead to poor or no decisions being made or actions undertaken. Specifying responsibility and establishing accountability for action is also important.

Given the constraints facing government institutions in PNG, one option for PNGEITI to ensure it has the required implementation “technical excellence” is to establish the National Secretariat outside government. While the Department of Treasury would remain the lead government agency, establishing an autonomous entity that is accountable to the Multi-Stakeholder Group might provide the basis for more effective implementation. The experience of other countries suggests that the institutional framework for EITI implementation in PNG will be a key factor in determining its effectiveness. A National Secretariat that falls under the management of the Department of Treasury might also face future criticism from civil society members that it is not acting in the interests of all stakeholder groups.

Codified and publicly accessible data should be a key output of the EITI reporting and reconciliation exercise in PNG. Achieving this will require, at a minimum, electronic (and ideally web-based) reporting templates for both companies and government agencies that will participate. Getting the data into electronic format from the start of the process will deliver long-term value to PNG stakeholders and will avoid the cost of later having to move from paper-based reporting to electronic reporting, a process that some other EITI implementing countries are having to go through.

Financing EITI implementation typically comes from development partners. This raises a question of sustainability: What happens when the donor money runs out? Papua New Guinea and its development partners should seek to answer this question from the start so to avoid creating a culture of dependency on the World Bank or Australian aid. Foreign aid will of course pay a critical role in supporting Papua New Guinea to get EITI up and running.

However, it should be used strategically rather than financing core operating costs, which ideally should come from the Papua New Guinea government or from companies. Instead, donor money should be used for providing high quality technical assistance and capacity development support to Papua New Guinea in getting EITI off the ground and operating effectively over the coming years, but stopping short of creating an initiative that is unsustainable.

EITI has great potential inPapua New Guinea to strengthen governance of the extractive industries through improved transparency and accountability. Realising this potential can be achieved by Papua New Guinea leveraging the experience of other EITI-implementing countries, by setting its own home-grown objectives for the initiative, and by committing fully to its implementation.