Tackling Corruption at its Root in Papua New Guinea 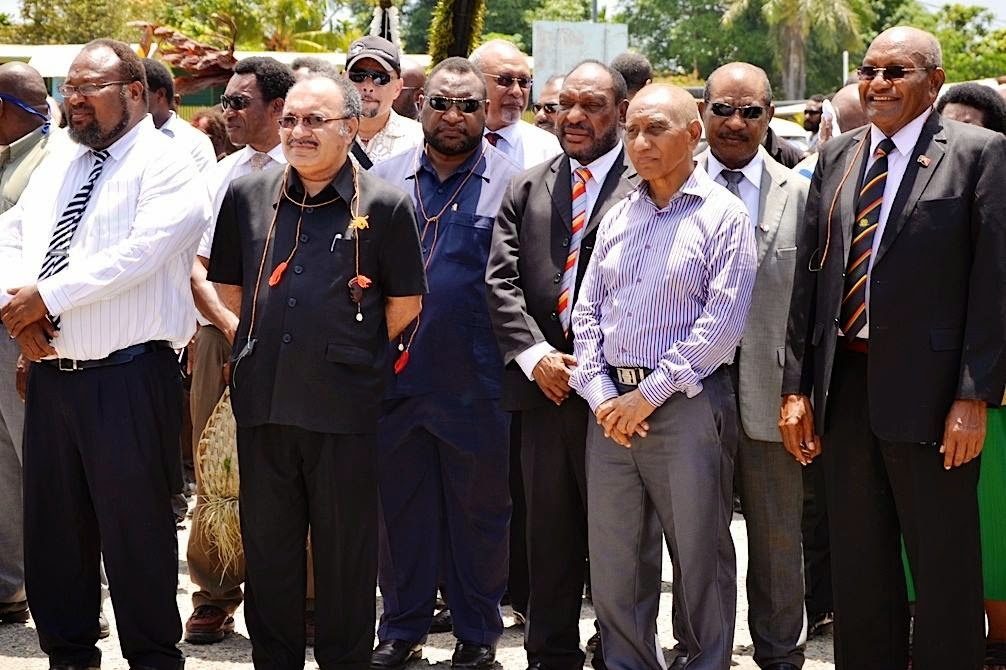 Corruption, the single largest obstacle to socioeconomic development worldwide, has had a grave impact on the southwest Pacific Island nation of Papua New Guinea. While mineral resource wealth drove high gross domestic product (GDP) growth of eight percent in 2012, the country is today ranked 157th out of 187 countries in terms of human development.

Key anti-corruption fighters in the country say that money laundering must be tackled to increase deterrence and ensure that stolen public funds earmarked for vital hospitals and schools do not pay for luxury assets abroad.

A patronage system of governance and a culture of secrecy have led to the misappropriation of an estimated half of Papua New Guinea's development budget of 7.6 billion kina (about 2.8 billion dollars) between 2009 and 2011 -- Investigation Task-Force Sweep (ITFS)
“Our police officers, school teachers and health workers live and work in very squalid circumstances,” Lawrence Stephens, chairman of Transparency International (PNG), in the capital, Port Moresby, told IPS.

“So when we see the government awarding a contract for pharmaceutical and medical supplies to a company not qualified to tender, a company quoting a price 40 percent higher than the closest qualified tender and costing the equivalent of 160 new homes for nurses each year of the three-year contract, we blame corrupt individuals for destroying development.”

Papua New Guinea has been given a corruption score of 25/100, where 100 indicates clean governance, in comparison to the world average of 43/100, by Transparency International.

The country’s dedicated anti-corruption team, Investigation Task-Force Sweep (ITFS), launched by the government in 2011, has described the country as a ‘mobocracy’, where a patronage system of governance and a culture of secrecy have led to the misappropriation of an estimated half of the development budget of 7.6 billion kina (about 2.8 billion dollars) from 2009 to 2011.

Large-scale theft of public funds, including foreign aid, is alleged to have occurred across government departments responsible for national planning, health, petroleum and energy, finance and justice.

A 2006 Public Accounts Committee Inquiry into the Lands Department alone concluded that it had conducted itself illegally over many years and given priority to the interests of private enterprise and speculators over the interests and lawful rights of the State. The department’s shortfall in revenue was 5.9 million kina (2.2 million dollars) in 2001 and 4.9 million kina (1.8 million dollars) in 2003.

Globally it is estimated that corruption drains the developing world of up to one trillion dollars every year and what is lost is in the magnitude of 10 times the official development assistance budget, claims the United Nations Development Programme (UNDP).

This has impacted increasing inequality in countries such as PNG, where 40 percent of the population of seven million live below the poverty line, maternal mortality is 711 per 100,000 live births, literacy is just 63 percent and only 19 percent of people have access to sanitation.

It is a vicious cycle, as Koim also believes that the state becomes an alternative source of personal prosperity when there are few legitimate avenues available for people to economically improve their lives.

The majority of stolen funds have been transferred through banks to offshore investments. Australia receives about 200 million Australia dollars (155 million dollars) of illicit gains from the Melanesian island state every year, claims the Australian Federal Police.

“Without banks and financial institutions, it is impossible to commit economic crimes, such as fraud and money laundering,” states the Investigation Task-Force Sweep (ITFS).

In a report last year on the government’s payment of fraudulent legal fees, ITFS identified numerous control gaps, such as lack of written contracts, oversight of procurement and payment clearance processes and the failure of banks to prevent evidently suspicious transactions.

“The duty imposed on banks to avoid engaging in money laundering should not be limited to ticking the boxes or submitting periodic transaction reports, but also taking proactive steps including rejecting transactions and closing bank accounts,” the report recommended. Sixty-five percent of PNG’s financial sector assets are held by commercial banks, including foreign bank subsidiaries.

There are also gaps between national legislation and banking sector regulations. For instance, money laundering is a criminal offence under the Proceeds of Crime Act (2005), but there is no obligation on banks to check inexplicably large or unorthodox patterns of transactions.

Action is also required by recipient nations, experts say. Professor Jason Sharman of the Centre for Governance and Public Policy at Queensland’s Griffith University told IPS that there was a need for improved government “supervisory responsibility to make sure that Australian banks are not accepting suspect funds from PNG Politically Exposed Persons (PEPs).”

“One of the main weaknesses is in the Australian real estate sector with very little scrutiny of foreign money coming in, especially when, as is often the case, this money is routed via lawyers’ or real estate agents’ trust accounts,” he added.

But progress by the anti-corruption team has accelerated broader action. “A number of PNG-based banks have closed accounts of high risk customers and refused suspicious transactions”, while some international corresponding banks “have refused transactions they view to have originated from illicit sources,” ITFS reports.

Reducing and preventing corruption is a long-term battle, which includes addressing the cultural divide between an introduced western government system and centuries of traditional governance based on a leader’s ability to acquire and distribute resources to his own kin. But if corruption is driven largely by the lure of a quick route to untold personal wealth, then a critical measure now is eliminating safe havens for the plunder