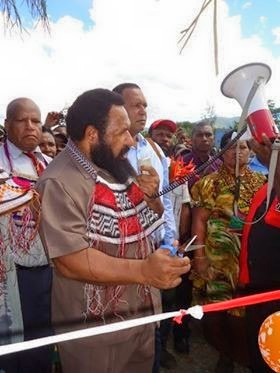 MPs are supposed to be lawmakers and not cheque book carriers promising to deliver basic government services.

Implementing government policies and delivering basic services is the function and the responsibility of the public service mechanism in the country and not MPs.

How did this happened?

Basic services is not rocket science.

People have the right to basic government services by law under the constitution. That's the reason why there is an elected government in a democracy, serving the people and not themselves.

What kind of democracy have we become over the 40 years? Are we confused in running the country? Are we deceiving the illiterate rural people? Are we simply ignorant or are we lost?

We have more serious issues for the MPs to debate in the parliament and address them. The following are some serious issues affecting this country for the last 40 years and which every MP should be engaging in addressing them:

1. Job creation - more than 85 % of the population still unemployed and live in rural villages untouchable by basic services;

2. Energy security - the growth of the country needs cheap and reliable energy;

3. High cost of living - PNG is one of the most expansive countries in the world;

5. External and internal security - buildup of Indonesia military in the border is a concern. Tribal fights and ethnic violence is a grave concern;

6. High cost of housing - the country needs cheap and affordable housing for every income level;

8. Economic growth - diversification of the economy to grow every economic potential;

9. Infrastructures - connecting up all provinces to boost traded and trousim;

10. Corruption - trapping millions in poverty and contributing to the law and order problems; and

MPs supposed to be discussing these issues and not becoming obsessed with cheque books.

We have lowered the standard of politics so low to a point where MPs are now becoming mare cheque book carriers taking away the function and responsibility of the public service servants.

Why MPs are becoming too obsessed with cheque books and basic service delivers is a concern now.

Should they be interested in the K15million DSIP funds in the pretext of providing basic services?

Because of the MP's obsessed with cheque books and the K15million DSIP, the ruling party in the government is now using the DSIP funds as a bite to attract more MPs into the government in the pretext of stability.This is becoming a major concern for MPs to address in the parliament.

If there is any better use of the DSIP funds then definitely it is MP's pocket money to use on anything they wish as there are no strict monitoring and compliance mechanisms in place to trace and monitor the usage of funds and show physical evidence of projects built.

What the country needs is a standardized and nationalized development concept for every provinces and districts to distribute the country's wealth fairly and equally without blaming MPs for not delivering basic services. Whether MPS perform or not must not be an issue or excuse. The development model should automatically trigger development in every districts without necessarily the input of the local MP. This is another serious issue we have in the country blaming MPs for not delivering basic services when those MPs supposed to be investigated and prosecuted.

We are not going to go on like this forever blaming ghosts and wrong leaders for the missing of billions and lack of basic services.