NO EXXON MOBIL OVER P’NYANG - LO 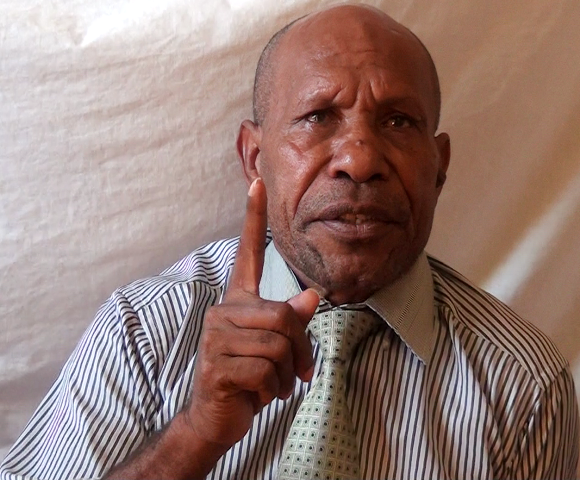 God’s number one business on earth is people therefore anything that is not people-centred is un-Godly, says P’nyang’s landowner Chairman, Michael Betkimsok.
Mr. Betkimsok was reacting to the events unfolding during Question Time this and last week in Parliament pertaining to the P’nyang gas project in Western province.
According to him, P’nyang must be a standalone project of its own and under no circumstances should it will be hijacked into or under the umbrella of the Exxon Mobil led PNG LNG project, In an exclusive interview with Sunday Chronicle this morning (Saturday, June 06, 2015) in Port Moresby, Mr. Betkimsok said it is “unconditional” that his gas field must have its own license, own agreement and benefit sharing structure completely outside of the precincts of Exxon Mobil, “non-negotiable!”.
He raised two important points:
Mr. Betkimsok acknowledged the contributions of Opposition Leader, Don Polye and Rabaul MP, Dr. Allan Marat in last Weeks’ Parliament session where they queried the Prime Minister on the P’nyang gas project and DMO deal, both men as well as P’nyang landowners were not satisfied with the answers given by both Prime Minister and his Gas and Petroleum Minister, Dixon Duban.
Minister Duban had told Parliament last week during question time that P’nyang does not hold enough gas reserve to qualify for a standalone project.
“If this is the case”, Mr. Betkimsok said “then leave my gas field alone. If it (P’nyang) is not viable or isolated, just leave the field and leave me, go!
“If you’re sure that there is something that is viable, its profitable then don’t hide, don’t play games under the table, play the game on the table, everyone should know what is going on,” he said.
Mr. Betkimsok said P’nyang people are aware of the mistakes of Juha gas field and the Ok Tedi gold mine projects (both in Western province) where only one per cent of benefits is paid to the Fly River provincial government from the Juha project benefits while the export holding plant in Central province (Napa Napa/Lea Lea) which is 700 kilometres away gets 12 per cent.
“This is totally unfair. What guarantee is here for me if P’nyang goes under Exxon?,” he asked.
For Ok Tedi, he said for 32 years of operation in Western province, there are hardly tangible benefits reaching the bulk of people in the rural communities. Peoples’ fund held in the PNG Sustainable Development (PNGSDP) is siphoned to Singapore and is currently a subject of International Court and dispute.
‘Shame indeed! I don’t know, the State is leaning towards Exxon Mobil and corporate giants all the time and not the very people or subjects they are meant to protect, why?
“There’s too much for everybody. Nobody should be left out if we do it properly on the table. It should be a win win situation for everyone so that the State is happy, landowners are happy and the developer is happy,” Betkimsok concluded.
He is in Port Moresby engaging Centurion Lawyers who have filed and seeking in Court “restraining orders” against the State and Exxon Mobil on the “questionable” DMO deal that which to involve supply of electricity to Port Moresby
This article was first published by The Sunday Chronicle and was submitted to PNGBlogs by the Author.