JOHN AKIPE FROM STREET HUSTLING TO SECRETARY DEFENCE: IS MARAPE THE GREATEST HYPOCRITE? 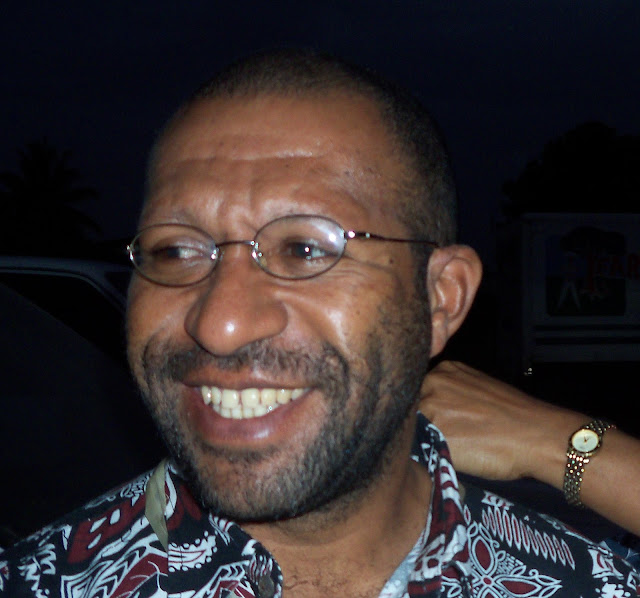 by FRANCIS KOTAPE
James Marape has now made an infamous decision to advertise the positions of all Departmental Heads and Heads of Statutory bodies. This decision effectively means all career public servants have lost their jobs.
Marape is the biggest hypocrite because he appointed his Chief Campaign Manager John Akipe as the Defence Secretary. John Akipe was fifth on the list of short-listed candidates for the position. The first four are most qualified for the job.
The highest job John Akipe held was MD of Livestock Development Corporation, a small organization un-comparable to the PNGDF. Akipe can be likened to another well-dressed conman who goes around politicians to portraying himself as CEO material.
Marape and his Defence Minister bulldozed the appointment of Akipe. They think PNGeans must be stupid.
If Marape is serious about removing all the Heads of Departments and statutory bodies then he should sack John Akipe first. Seriously, get rid of your chief campaign manager Akipe first. That is plain conflict of interest.
What’s all the preaching and invoking of curses when he himself is doing things that are contrary to good governance?
Thank God he’s cursed himself and those that are not doing the right things. May his prayer be answered and the curse is upon him.
The test for the PM: WILL HE REMOVE HIS CAMPAIGN MANAGER UNQUALIFIED FOR PNGDF SECRETARY?