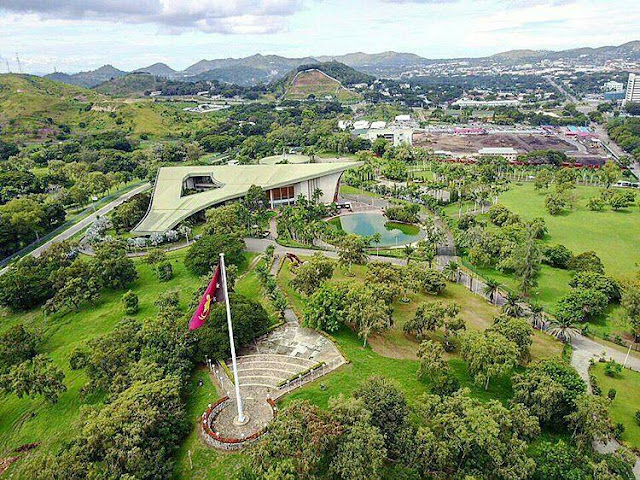 The Reserve Bank of PNG has run out of money, that is, foreign exchange, and that has been the case for some years. This has happened because they’re using the country’s cash reserves to prop up a small currency that is not really recognised internationally — for no apparent reason other than to protect the imports of rice and other products people want, although there are clear alternatives around like sweet potato. Rice is easy although there is an abundance of local vegetables that could take its place.

This propping-up of the Kina also protects the interests of Chinese importers, who delight in this half-hard currency because they use it to run their own black market. And no-one else is onto that but the Chinese. So, you’ve got the PNG Reserve Bank protecting people that shouldn’t be protected.

So, there is that and, internally you have this extraordinary system where, if you ask the bank for an overdraft, they will charge you 15%. If you have 2 million Kina to put in the bank on a fixed deposit, they will give you 1%. Such a spread of rates is fraudulent. And the finance companies, although they pay more for their money, probably around 5%, lend it out at 17%. That needs to be investigated.

There are also the massive charges made by the banks when sending money overseas. In Australia it is around quarter of a point of 1%, in PNG it might be as high as 8%. It’s just fraud, and this needs to be investigated. But, of course, if I was to put in the paper — the hue and cry! Then I’ll get the finance companies ringing me up and saying: ”pay me back my debts, you b*tard” and all this. So, I’ve just ignored it and batted on, basically.

Until now — I’m past caring if this appears on Facebook or wherever – I have a lot of support for these ideas, but the pollies are gutless because if the price of rice goes up, down go the votes, particularly in the big urban centres. The rural people don’t care, they will be better off because their coffee, their cocoa, their copra and their gold (there’s a lot of alluvial gold) will be worth more, so they will be happy. It’s the urban elite, “the parasites” as Jamie Maxen (spelling?) used to call them, the parasites of Moresby, who won’t be happy about this sort of bank reform. But I know that Chan and other wise economic heads realise that this is correct. Some of them say that my 25% is too low. And it is. But even if it could drift on its own it would come down to something like that.

I think when Keating floated the currency, he said that the Australian dollar should be worth $US0.62 – the perfect level, I think he said. It’s is not far off that now — $US0.68. Well then, I have been saying all along, that the Kina should be $US0.10 - $US0.15, but it’s $US0.29 — double to triple. And the USD is the one to really think about because that is what commodities are traded in.

The likely long-term outcome of the over-valuation is that the PNG government will just run out of money, and have to ask the IMF (International Monetary Fund) to bail them out. And it’ll be because of the political system, as I say in my book, because of all those expensive layers of government with all their public servants. Once the IMF comes, and they have once before (1995) — they will demand a devaluation and the interest rates will go up. That’s their method of operation, which would be an improvement, anyway.

Unknown said…
Thanks for some insights into our economic mess.

The economic future of PNG unfortunately rests with those who actually perpetuate and contribute to our economic demise.

We must return to the core values of honesty,integrity,selfless and total commitment to a paradigm shift that can reverse the trend of greed, dishonesty,incompetence and self serving decisions.