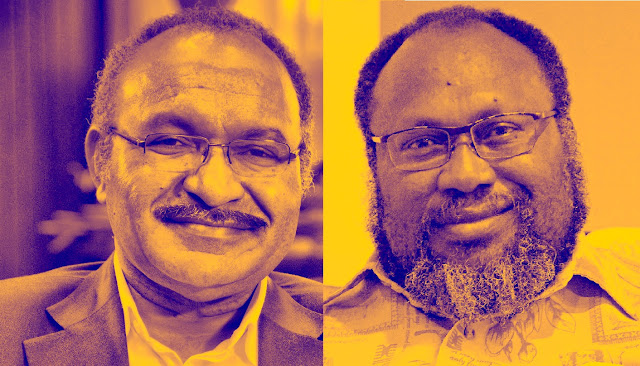 First was KCHL loan of K800m from BSP to buy Old Port from PNG Ports. The K800m was structured K200m mortgage of BSP shares and K600m State Guarantee.

PNG Ports then transferred K725m of K800m to CB to buy Domestic Portion of Motukea Port. Does a dry deck worth K725m?

2. How does repayment happen?

3. Why should BSP and Curtain Brothers be investigated?

The Marape Steven Government needs to whether or not KCHL and PNG Ports were used to bail out CB who owed hundreds of Millions of Kina to BSP?

4. How much State through KCHL and PNG Ports benefiting from the two transitions?

To this stage NIL. Motueka port managed by a foreign entity and the old port is sitting idle.

This is the deal is worth scrutiny or else we will soon lose BSP shares, the two ports and other assets mortgaged.

Minister for SOE needs to disclose all the fraudulent deals done by Peter ONeill over the last 8 years.